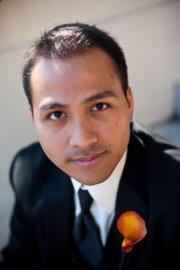 Help JB Librojo, sign the petition to help him stay in the U.S.

Jose (JB) Librojo [A073 956 802] needs our help right now. He is a California resident and Dream Act-eligible candidate who came to the United States lawfully as a child and has lived in the country for 16 years. At this time, Immigration and Customs Enforcement (ICE) officials are trying to deport him back to the Philippines, despite his positive contributions to society. He has earned a high school diploma from Westmoor High School in Daly City, CA and a Bachelor’s of Science degree in Biology from San Francisco State University where he also studied pre-med to become a dentist. Furthermore, he has never committed a crime and has filed his income tax return on a regular basis since finding legal and lawful employment in the U.S as a full-time Registered Dental Assistant and Dental Lab X-Ray Technician. He is also a member of Alpha Phi Omega National Service Fraternity.

Jose has been approved for an I-140 immigrant visa, which will allow him to adjust his status and become a permanent resident/green card holder, however DHS refuses to reopen his case for this to occur. In addition, under ICE Policy Number: 10075.1 released June 17, 2011 by ICE Director John Morton, and in an announcement on August 18, 2011 from the White House, Jose does not meet the standards for priority deportation. We request that DHS defer Jose’s deportation; and/or by requesting that DHS reconsider their decision to decline a joint motion to reopen Jose’s case to permit him to adjust his status to permanent resident.

A joint motion will allow Jose’s case to be remanded from the Board of Immigration Appeals back to the immigration judge so that the case can be administratively closed. These are both forms of prosecutorial discretion identified in ICE Policy Number: 10075.1 and the August 18, 2011 announcement from the White House.

Mr. Jose Librojo is a shining example of the President’s & the Department of Homeland Security’s motivation to prioritize cases so that prosecutorial discretion can be used. Jose is nearing completion of a ten-year process pending the re-opening of his case. Despite a number of positive achievements, his case was denied, forcing him into a difficult situation and timetable. Mr. Librojo should not be a priority for deportation under the new ICE/DHS guidelines. Instead, his case should be reopened to allow him to obtain legal permanent status to reside in the United States.